Animals in Irish Literature and Culture 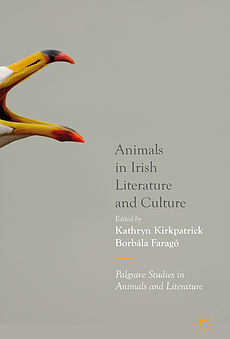 Animals in Irish Literature and Culture spans the early modern period to the present, and includes essays exploring some of Ireland’s better known animals—birds, horses, pigs, cows, and dogs—as well as its less considered animals—hares, foxes, eels, and insects. The collection also unsettles the boundaries and definitions of ‘nation’ by exploring colonial post-colonial, and globalized manifestations of Ireland as country and state as well as the human animal and non-human animal migrations that challenge a variety of literal and cultural borders. In essays addressing a range of Irish cultural production, contributors consider the impacts of conceptual categories of nature, animality, and humanness on actual human and animal lives. Emerging in the era of the sixth mass extinction, brought on by human-induced climate change and habitat destruction, this volume aims to make a contribution to eco-critical thought and practice in Irish Studies and beyond.

“This is a fascinating and wide-ranging collection of essays that contributes strongly to the field of literary animal studies. It is one of those rare collections that combines historical with theoretical acumen. It is a particular joy to see Irish poetry treated with such reverence and sophistication in essay after essay.”
–Dr. Chris Danta, Senior Lecturer in English, University of New South Wales, Australia 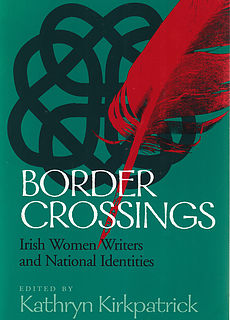 Ranging from consideration of early writers such as Maria Edgeworth and Sydney Owenson to recent feminist pamphlet wars, Border Crossings explores the connections between personal and national identities, politics and literary style, a. gender and artistic vocation. Some essays focus on prominent writers such as Augusta Gregory and Eavan Boland, and others introduce readers to lesser-known voices such as Emily Lawless and Mary Beckett. Some also show how groups of women, such as upper-middle-class Catholics and lesbians, have used their writing to construct social goals. All help to revise the perception of historical and contemporary roles Irish women writers have played in shaping—and being shaped by—Irish history.

By surveying writers of poetry, fiction, drama, and even pamphlets, Border Crossings demonstrates the breadth and vitality of Irish women’s writing. It shows that today’s Irish women writers have significant foremothers, and more of them than we usually think. 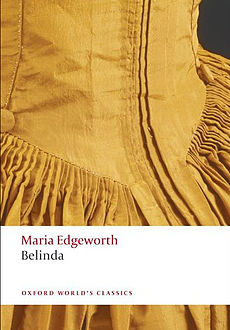 The lively comedy of this novel in which a young woman comes of age amid the distractions and temptations of London high society belies the challenges it poses to the conventions of courtship, the dependence of women, and the limitations of domesticity. Contending with the perils and the varied cast of characters of the marriage market, Belinda strides resolutely toward independence. Admired by her contemporary, Jane Austen, and later by Thackeray and Turgenev, Edgeworth tackles issues of gender and race in a manner at once comic and thought-provoking. The 1802 text used in this edition also confronts the difficult and fascinating issues of racism and mixed marriage, which Edgeworth toned down in later editions. 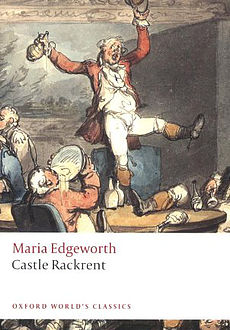 With her satire on Anglo-Irish landlords in Castle Rackrent (1800), Maria Edgeworth pioneered the regional novel and inspired Sir Walter Scott’s Waverly, (1814). Politically risky, stylistically innovative, and wonderfully entertaining, the novel changes the focus of conflict in Ireland from religion to class, and boldly predicts the rise of the Irish Catholic bourgeoisie. 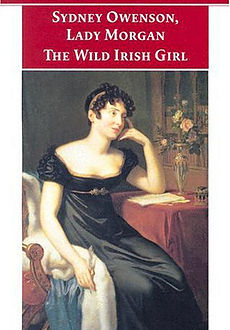 “I long to study the purely national, purely natural character of an Irishwoman.” When Horatio, the son of an English lord, is banished to his father’s Irish estate as punishment for his dissipated ways, he goes off in search of adventure. On the wild west coast of Connaught he finds remnants of a romantic Gaelic past—a dilapidated castle, a Catholic priest, a deposed king and the king’s lovely daughter Glorvina. In this setting and among these characters Horatio learns the history, culture, and language of a country he had once scorned, but he must do so in disguise, for his own English ancestors are responsible for the ruin of the Gaelic family he comes to love.

Written after the Act of Union, The Wild Irish Girl (1806) is a passionately nationalistic novel and a founding text in the discourse of Irish nationalism. This unique paperback edition includes the ‘Introductory Letters’ to the novel as well as Owenson’s footnotes, rich in detail on the Irish language, history, and legend.